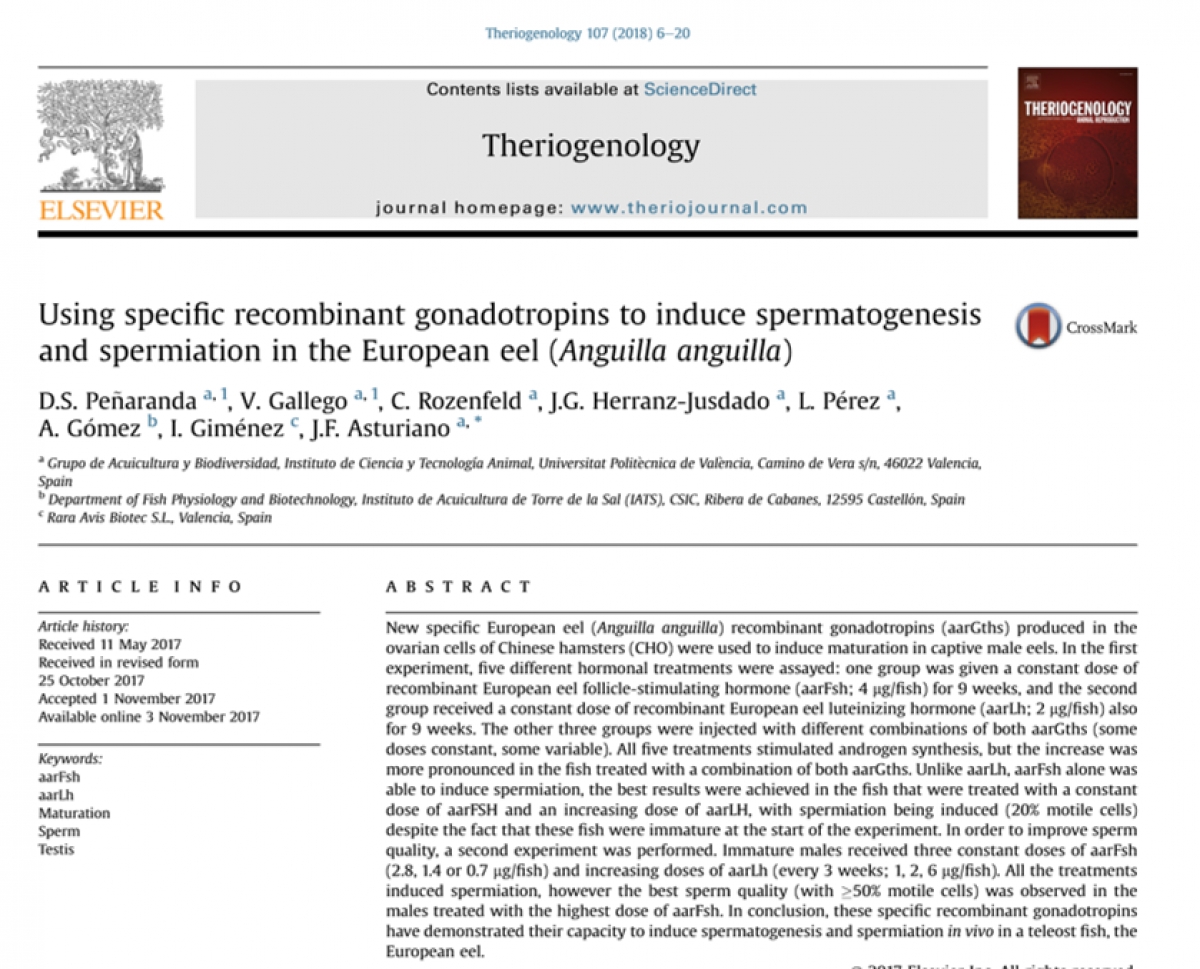 New specific European eel (Anguilla anguilla) recombinant gonadotropins (aarGths) produced in the ovarian cells of Chinese hamsters (CHO) were used to induce maturation in captive male eels. In the first experiment, five different hormonal treatments were assayed: one group was given a constant dose of recombinant European eel follicle-stimulating hormone (aarFsh; 4 μg/fish) for 9 weeks, and the second group received a constant dose of recombinant European eel luteinizing hormone (aarLh; 2 μg/fish) also for 9 weeks. The other three groups were injected with different combinations of both aarGths (some doses constant, some variable). All five treatments stimulated androgen synthesis, but the increase was more pronounced in the fish treated with a combination of both aarGths.

Unlike aarLh, aarFsh alone was able to induce spermiation, the best results were achieved in the fish that were treated with a constant dose of aarFSH and an increasing dose of aarLH, with spermiation being induced (20% motile cells) despite the fact that these fish were immature at the start of the experiment. In order to improve sperm quality, a second experiment was performed. Immature males received three constant doses of aarFsh (2.8, 1.4 or 0.7 μg/fish) and increasing doses of aarLh (every 3 weeks; 1, 2, 6 μg/fish). All the treatments induced spermiation, however the best sperm quality (with ≥50% motile cells) was observed in the males treated with the highest dose of aarFsh. In conclusion, these specific recombinant gonadotropins have demonstrated their capacity to induce spermatogenesis and spermiation in vivo in a teleost fish, the European eel.